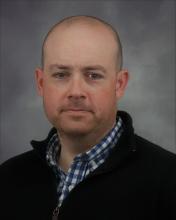 Nick served as a Certified Communications Training Officer within the department providing training in both policy & procedure as well as basic call-taking and radio dispatch techniques to Dispatcher Trainees, and teaching in the basic Dispatch Academy. In 2013 Nick was awarded Dispatcher of the year for his work with the Department.

In July of 2016 Nick promoted to the role of Supervising Communications Dispatcher where he was assigned the Training Coordinator position within the Support Services Division. During this time, he helped to restructure the Departments recruitment and outreach process as well as the Basic Dispatch Academy and overall Training Program to help address staffing and training needs. Nick also helped to streamline the process of providing training to staff by assisting with the implementation of new technologies and training platforms within the department.

In February 2020 Nick was promoted to Chief Communications Dispatcher assigned to the Support Services Division. Nick is responsible for managing and maintaining the relationships with the Departments partner agencies, developing new training policy and helping to implement new projects. While in this role Nick has helped to direct the Departments implementation of both Text to 911, Emergency Fire & Emergency Police Dispatch Protocols and is currently assisting with the implementation of the Departments new Computer Aided Dispatch system.